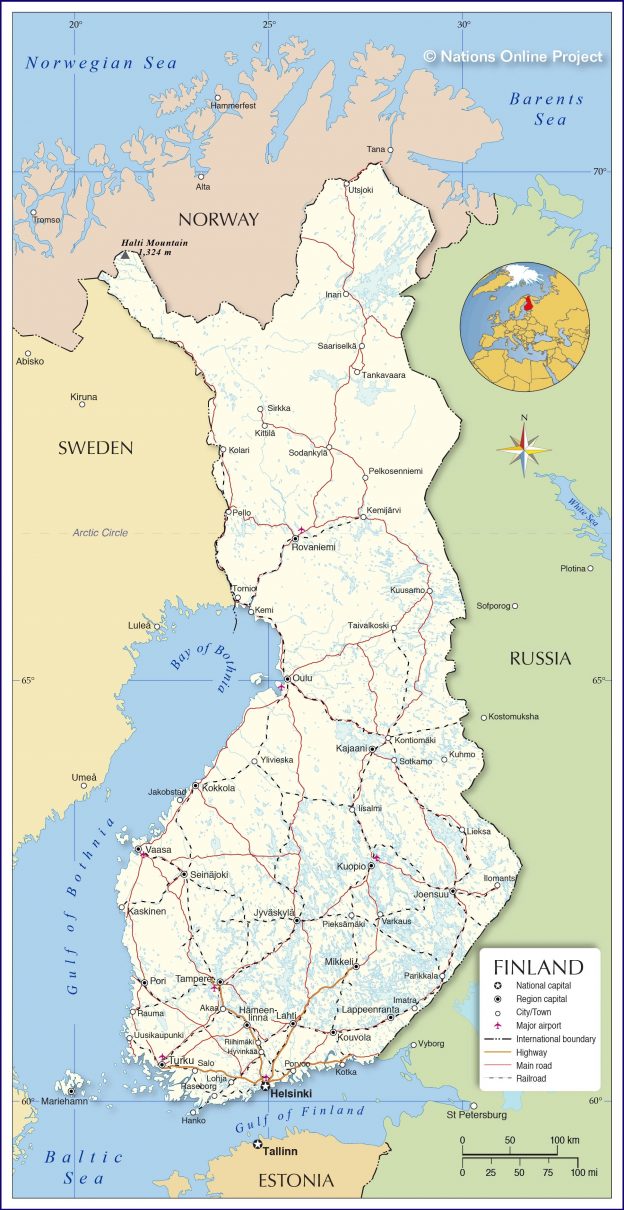 Finnish is our new language of the month!
Although there are no assemblies in the hall at the moment, Helen filmed a special introduction that all the children were able to watch in their classes. Fortunately, Venla (Year 3) and Vilma (Year 1) were also on hand to model the pronunciations of Finnish greetings and the words for school dinners and packed lunches. They did a brilliant job of confidently demonstrating the new vocabulary, which we are all now using around the school!

Finnish is the language spoken by people who live in Finland which is a country in northern Europe between Sweden and Russia. It is one of the least populated countries in Europe but Finnish is spoken by about 5 million people.
Finland’s alphabet consists of 29 letters. As well as the standard Roman alphabet (the same one used by English), it adds ‘Å’ and ‘Ö’ from the Swedish alphabet and uses ‘Ä’ (pronounced ‘ahh’ as in ‘apple’).
Finnish is different to other languages as prepositions (on, under, next to) are not used. It is also gender neutral so there are no words for ‘he’ or ‘she’. The Finnish language even has compound words; for example, “summer holiday” which is two words in English but only one word “kesäloma”, in Finnish. Finnish people know that their language is very unique and they wouldn’t expect a visitor to the country to speak it. They would however, be very impressed if a visitor had a go at saying a few greetings or phrases.