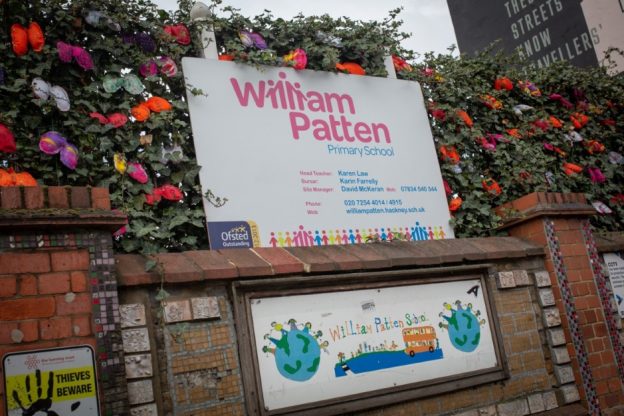 The PTFA raised money for an ivy ‘green screen’ that runs along the perimeter of the border of Church Street. Ivy leaves are good at absorbing some of the pollution, and can also act as a physical barrier to stop some of the pollution coming into the playground from the road. We have a few gaps but the plants will grow and fill those.

The bright and colourful lungs on the ivy wall were part of a whole-school art project where every one of our pupils made a felt lung. 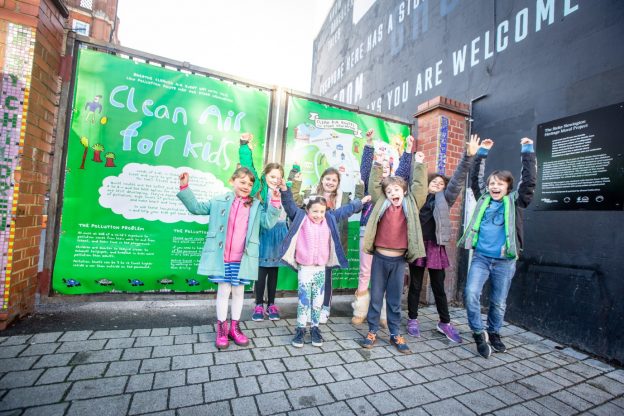 In 2019, Year 4 pupils learned all about pollution and helped to produce a wonderful Clean Air Route Map for Stoke Newington. In a cross-curricular project, pupils worked together with air quality consultants and a children’s book illustrator to produce a map of the pupils’ drawings that shows the cleaner air routes in the area. After it launched, the pupils were very excited to hear that their project had featured on the front page of their local paper, which described it as an ‘iconic map of Stoke Newington’. Well done kids!

Leaflet versions of the maps were printed and given to all primary school and nursery children in the Stoke Newington map area, via their schools and nurseries. A giant version of the map was displayed on the Church Street gates of William Patten to remind people to walk on the quieter roads rather than busy main roads, where pollution levels can be twice as high.

The council paid for the mesh gates to be replaced with solid gates. This makes a physical barrier to stop some of the pollution coming into the playground.

‘School Streets’ is the Council’s pioneering programme to transform roads outside schools, so that pedestrians and cyclists are prioritised at school start and finish times. The scheme tackles congestion and improves air quality at the school gates, making it easier and safer to walk and cycle to school. It creates a more pleasant environment for everyone, while making sure residents, pedestrians and cyclists can still use the road.

Since January 2020, William Patten has been part of the scheme which has made it easier for children to walk and cycle to school. Lancell Street, Dumont and Dynevor Roads are now a pedestrian and cycle only zone at school opening times and closing times.

From Monday 20th September, Stoke Newington Church St has been closed to through traffic during the day. A bus gate has been installed which operates from 7am – 7pm, which permits buses, cyclists, pedestrians and emergency vehicles to pass through. The move is part of Hackney Council’s plans to rebuild a greener Hackney in the aftermath of the pandemic, improve air quality, and help people to walk, cycle and support local businesses as the borough emerges from coronavirus restrictions.

The aim of this project was to create a ‘Soundscape’ – a portrait of the school in sound. With a focus on air quality, the project gave a voice to the children’s thoughts, ideas, anxieties and solutions around the topic of pollution.

The piece featured interviews with local people and whole school chanting of “young lungs matter” and “clean air for kids.” The children learnt to use professional recording equipment and the piece features the sounds of engines and idling buses, children playing, singing and taking deep breaths.
The Soundscape was complemented by the children working with an artist creating lungs made of felt, which have now been installed on the ivy wall.

The children thoroughly enjoyed working with professional sound engineers and of course expressing their views on a very topical issue.
“I feel a bit confused because if people are getting asthma more often because of pollution why are drivers still polluting the roads and going near schools.’ Year 4 student 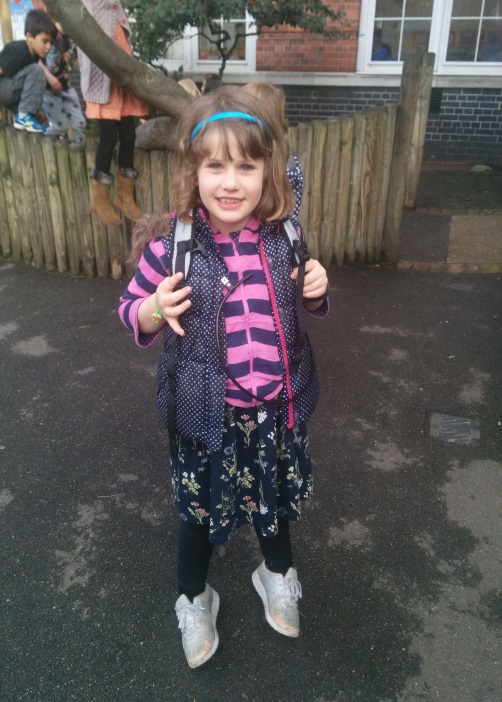 Pupils from Reception to Year 6 have been involved in measuring pollution at the school, and on the way to school. Year 6 were involved with a monitoring project with UCL, and pupils from across different years have worn ‘personal exposure monitors’ on their way to and from school, to measure pollution levels on different routes. The findings were used to help plan the Cleaner Air Route Map for Stoke Newington.